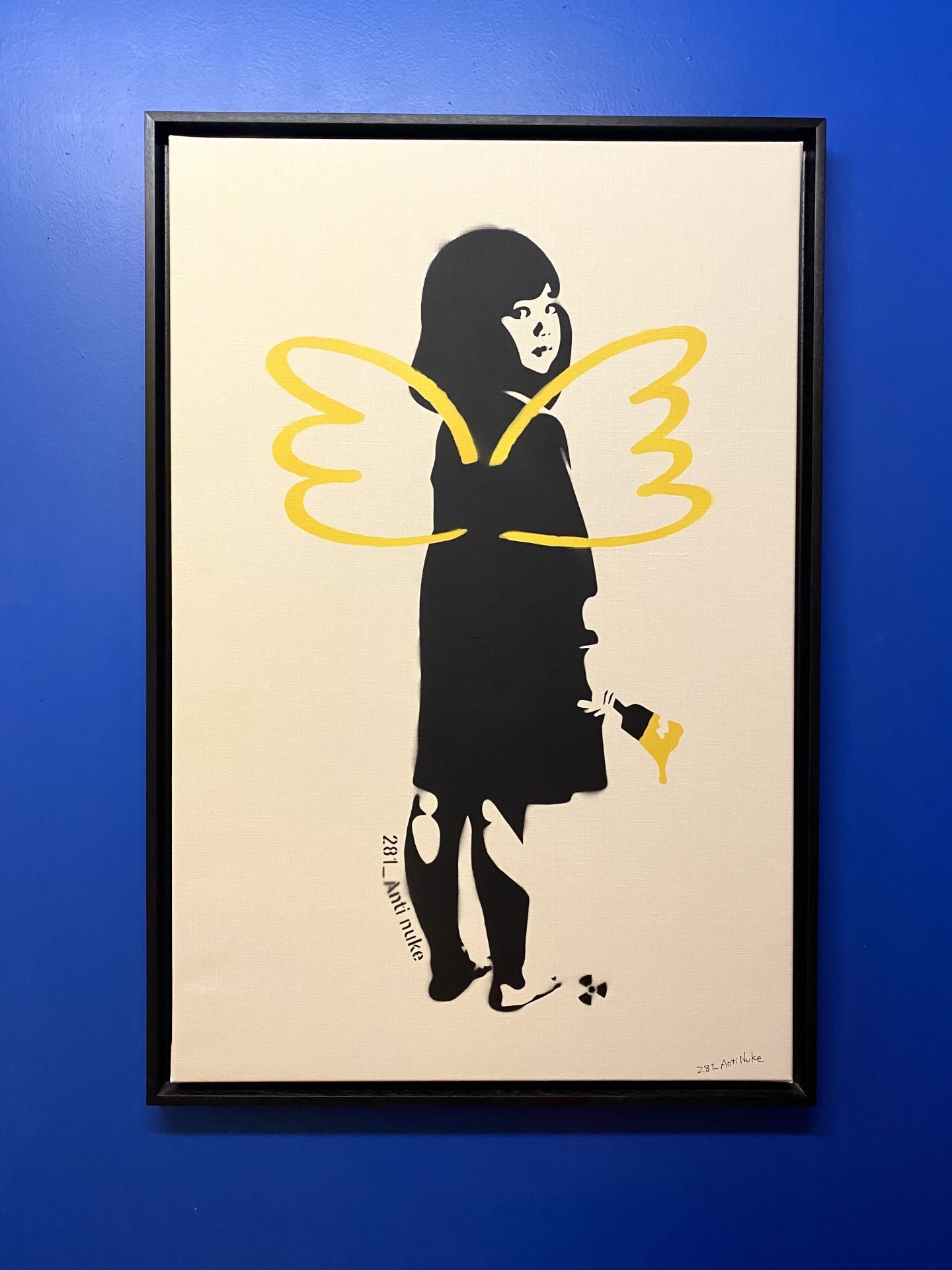 the struggle of a street artist

281_Anti nuke is one of Japan’s best known, if not the most famous, contemporary urban artists. He has specialised in the fight against nuclear energy since the Fukushima disaster. Based on a stencil technique, his style is reminiscent of a certain well-known English street artist: Banksy.

Despite his growing popularity in Tokyo and Europe, he insists on remaining anonymous for fear of reprisals from the police and extreme right-wing groups. Street art remains a very marginal practice in the Japanese capital and is not appreciated by the conservative authorities.

The artist regularly uses the figure of the former Japanese president, Shinzō Abe, whose political line was very right-wing.

The man is very careful. He has no choice: his work regularly earns him death threats.

Wrapped in a black parka, zipped up to his neck, he looks ready to take off at any moment. His long hair allows him to hide his face better.

“I get threats on my website or Twitter page, like ‘Die! Or ‘We’ll get you’. I can’t allow anyone to take my picture, and I don’t give my name to any journalist. “

The “Japanese Banksy” says he is “terrified” of a government that he believes continues to become more right-wing. This is evidenced by the passage of the State Secrecy Act, which has given Prime Minister Shinzo Abe sweeping powers to withhold information from the public and, at the same time, is helping to muzzle the media.

“I don’t understand how Abe is so popular. He is trying to resurrect Japan as it was in 1940. “

It is especially the furious madness and aggressiveness of the uyoku that the artist fears. The uyoku are ultra-nationalist groups that parade through Tokyo in black vans with doors stamped with nationalist slogans. Loudspeakers on the roof play military hymns.

Only the artist knew the exact definition of the number 281. For him, his art does not correspond to a political commitment. It was the events of 11 March 2011, the Fukushima disaster, that gave his life a new turn.

His confidence began to waver during a conversation with a friend who worked for a foreign news agency in Tokyo: “He explained to me that the reality was very different from what we were told on television. His company ordered its employees to stay at home and take precautions – while the rest of Japan went back to work as if nothing had happened. The government didn’t tell us anything. A month later, people had already forgotten about Fukushima. They stopped wearing protective masks and being careful about the water and the products they ate. I could feel the frustration and anger rising at all the people who refused to think about the crisis that was threatening us. “

From Japan, 281_Anti_Nuke’s work can be seen on the streets of Los Angeles and London, as well as in Paris at the 193 Gallery.