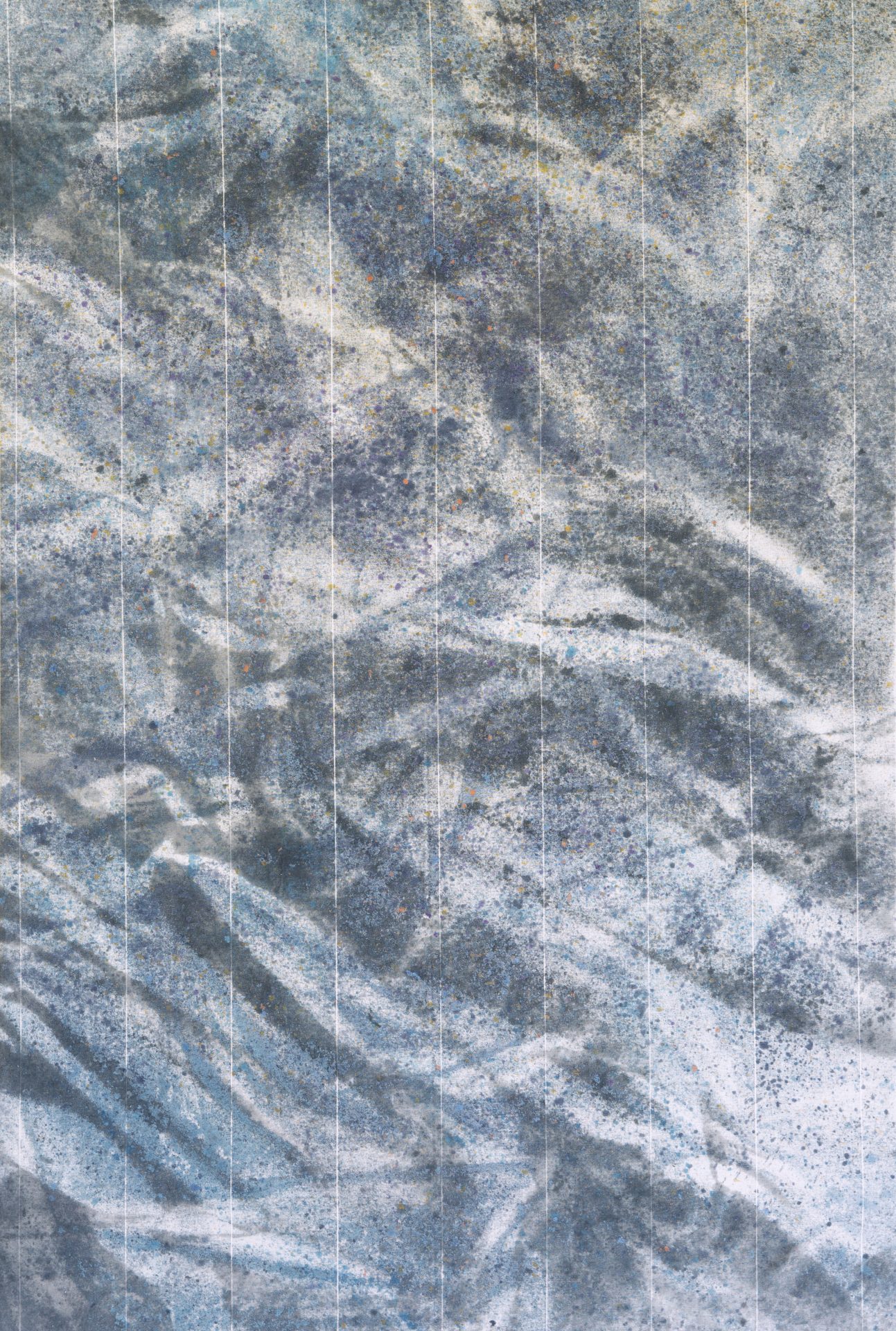 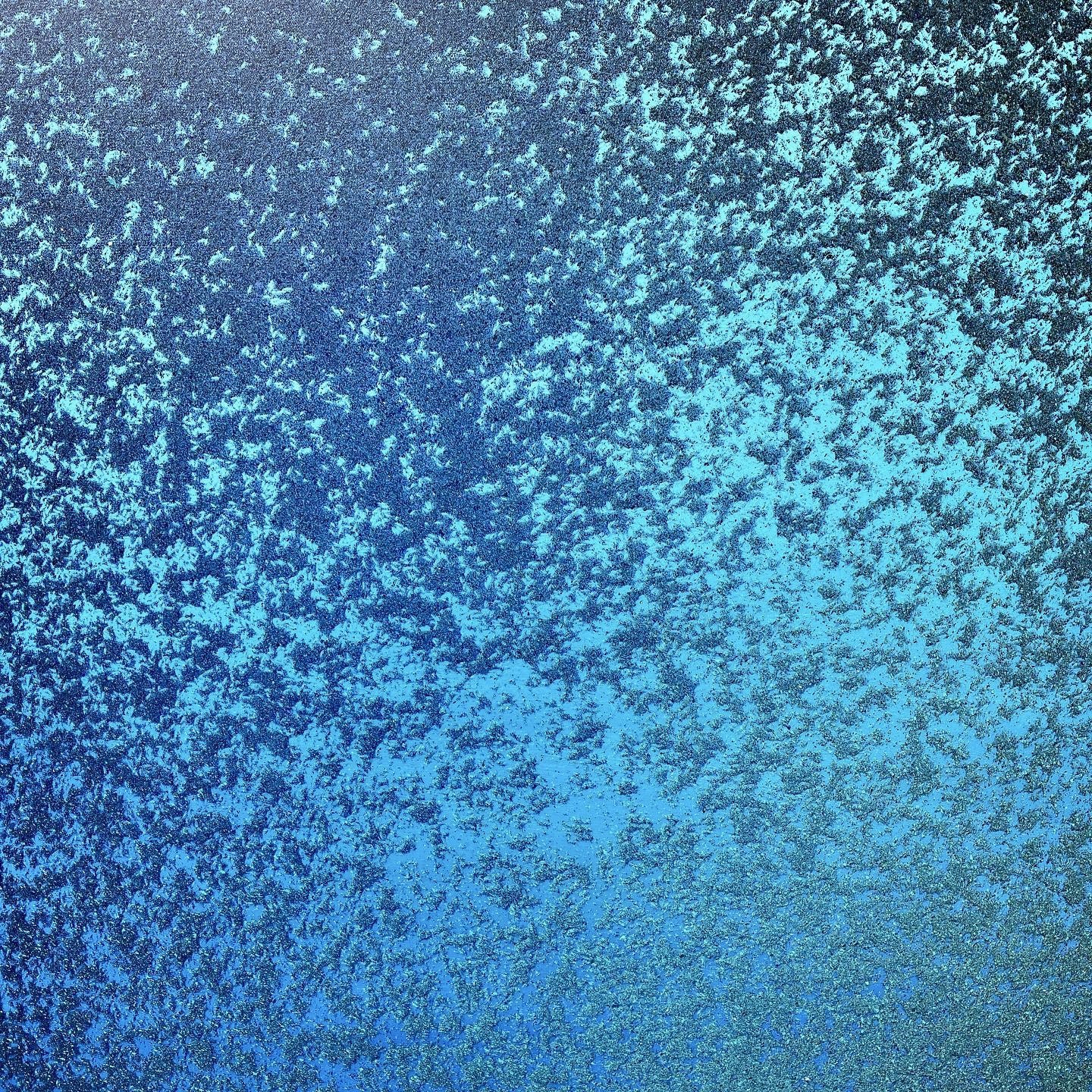 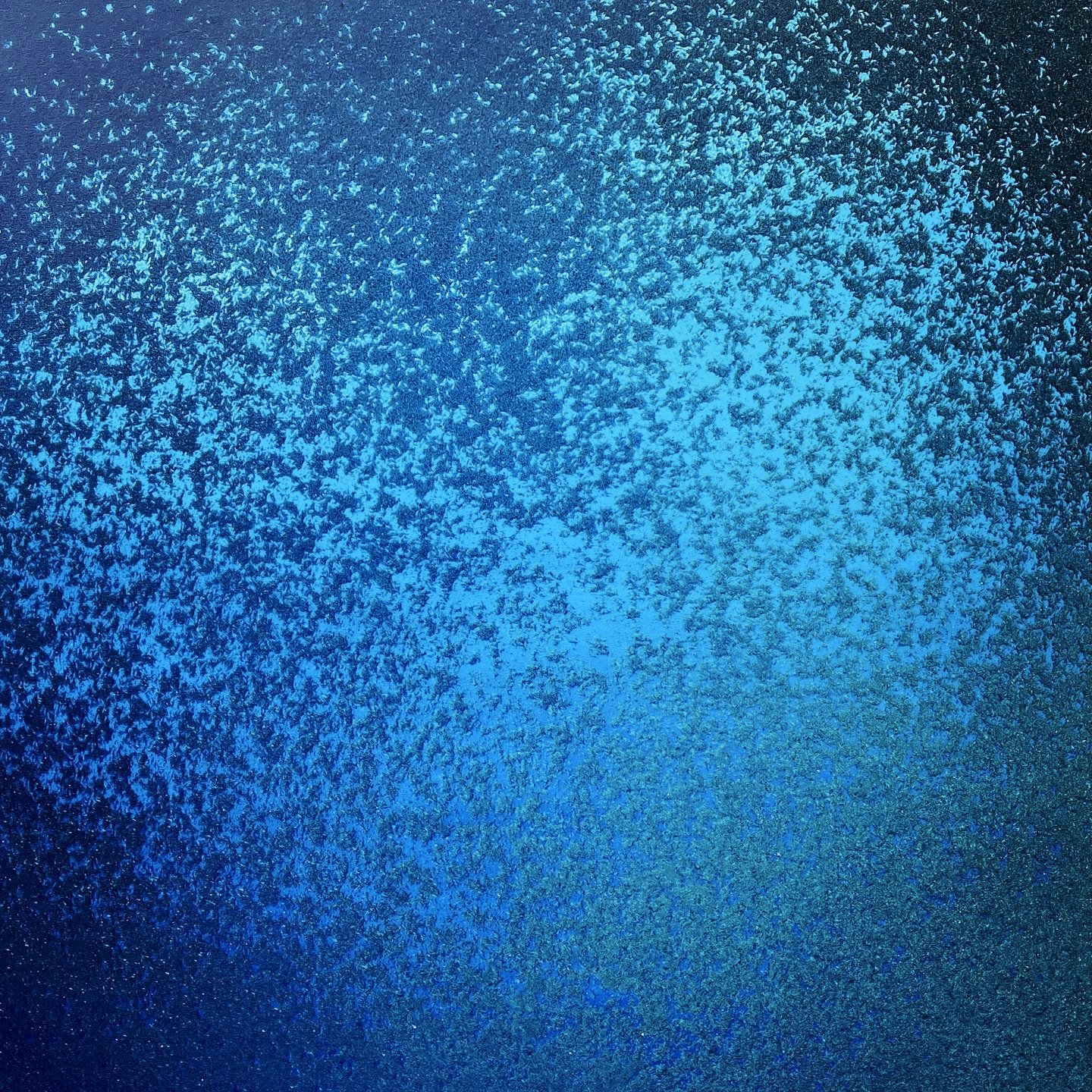 Lotbiniére is an emerging artist whose painting explores the materiality of painting itself by deliberately deconstructing the process through which the artist creates an artwork. The artist often opts to paint on an aluminum base rather than a canvas due to the unique light properties of aluminum. When exposed to light, the surface of the painting comes to life and transforms in front of the viewer’s eyes, which allows the artwork to continue to evolve with each viewing.

Her most recent works from the Together series showcases a series of meditative color field paintings interspersed with particle-like patterns produced by the impressions left behind by rice grains. These artworks seek to present images that resonate with the principles of interdependence and the natural world as we have come to understand it through the study and language of quantum physics.

By observing subatomic particles, we have come to realize that nature does not behave in fixed or predictive systems. This realization stands in stark opposition to the way in which we have been socialized to perceive the world in categorical, immutable, and divided structures. More readily put, we have come to see ourselves as separate from one another, and even as superior to one another and this is the thinking that is at the root of all violence. Whilst subatomic particles are varied and not indistinguishable, they ultimately behave in wave-like patterns in unison. To see reality in this light lays the groundwork for a ripened leap towards our togetherness.

Beginning in 2013, Lotbinière has been showcased worldwide including solo exhibitions in New York City and Australia. In the spring of 2015, Lotbinière exhibited with the Greenwich Arts Council alongside artist Louise Bourgeois. The artist currently lives and works in San Francisco.

Q About the work - Nectar

Like fish feeding on a coral reef, ‘Nectar’, 2021 serves as a reminder of the delicate ecosystem that is deeply affected by rising temperatures and the loss of species we are seeing as a direct impact of climate change. The coral reef ecosystem not only works to protect us from hurricanes but its sustainability provides jobs especially for people of color, local and indigineous communities.

Throughout the work I produce as an artist, I imitate the movements and effects of particles to highlight the natural interdependence of matter so that we are reminded of our effect and reliance on one another. The disruption of our ecosystem has the same ripple effect that an act to preserve it can. I hope that ‘Nectar’ 2021 can shed light on the rich and buoyant marine life that we share and that we have the power to protect.

Q About the work - Four Oceans