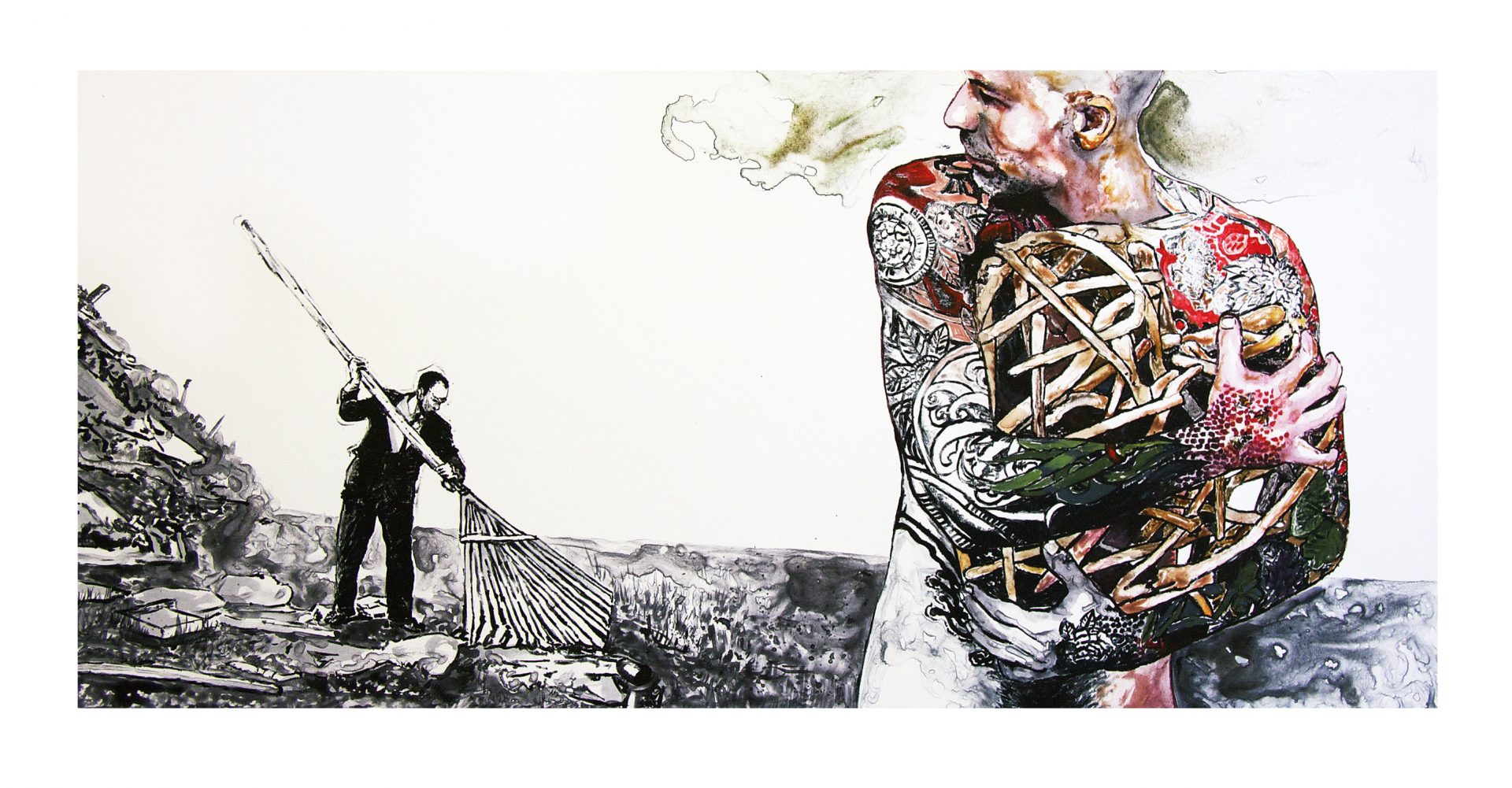 Diedericks has exhibited extensively throughout Southern Africa, as well as internationally. His work has been exhibited in the USA, Japan, Finland, Spain, Germany, Turkey, Poland, Belgium, England, Sweden and France, where he worked, as artist in residence, at the Cité Internationale des Arts in Paris. Diedericks has also worked in New York, after receiving the prestigious Ampersand Foundation Fellowship, where his work was exhibited to critical acclaim in the New York Blade newspaper, at the gallery 5+5 in Brooklyn, in December 2007.

Diedericks, amongst his many achievements, has also been awarded artist residencies at the Frans Masereel Centrum, Belgium; The Halka Art Project, Istanbul, Turkey; The Venice Print Studio for large format printmaking, Italy and the Chhaap Foundation in India recently awarded Diedericks with an AIR in June/July 2013.

In 2006 Christiaan was the winner of the coveted Kanna award for Fine Arts at the ABSA KKNK festival in Oudtshoorn for his exhibition Secrets and Lies: Her Majesty’s Ivory Tower. He has also been given numerous grants over a broad spectrum, which range from a NAC International bursary for workshops in non-toxic printmaking in 1999 from the Grande Prairie Regional College in Alberta, Canada, to being chosen to appear on the 13th “The Apprentice” on SABC 3 in Johannesburg in 2005.

“In my work, time and space appear to dissolve, and an air of conflict erupts. This is often a direct result of a personal aim to calm and disturb at the same time – drawing parallels between the two extremes of utopia and dystopia. There is always a secondary narrative in my work. The primary narrative has symbolic authority and aesthetic promise, although the mysterious secondary narrative exists in order to provoke thought in the viewer.

In many ways I aim to ‘rewrite’ history in my work and the dominant sense of self-awareness that informs most Western art practices. I am trying to present contemporary issues such as Difference as timeless, by situating my vocabulary of images and themes in an organic flux of dreams, history, news, commercial detritus, hyper-reality, and unvoiced feelings and forces of biological nature/desire.”

Own or work here? Claim Now! Claim Now!
Choose a Plan to Claim Your Business

Claim request is processed after verification..