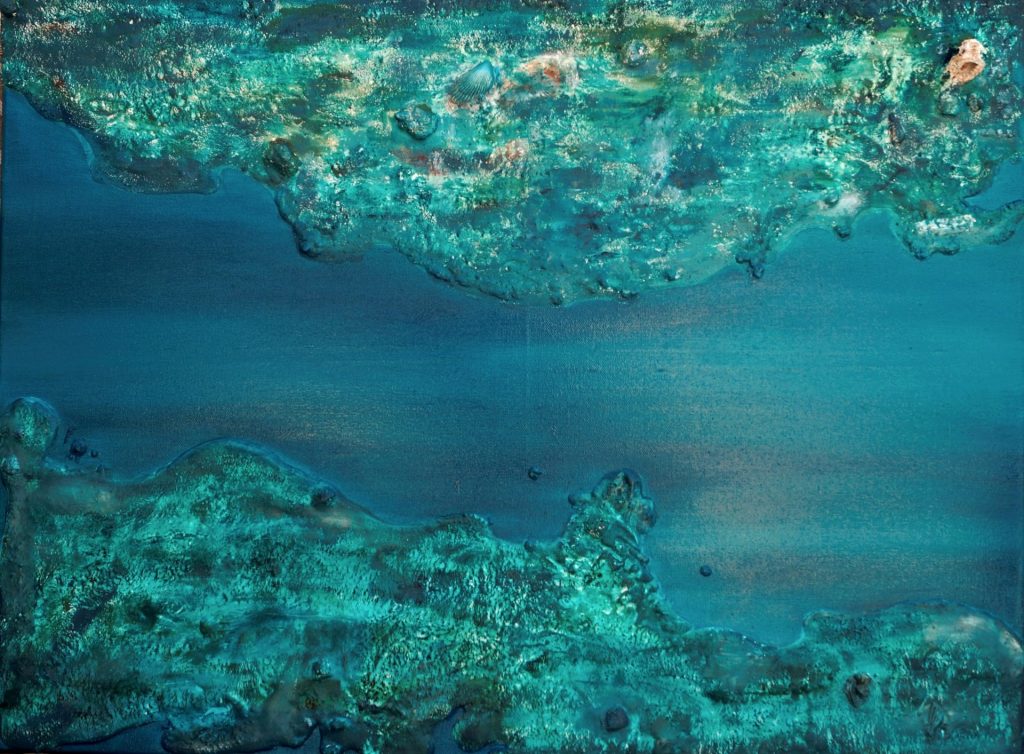 Tectonic crusts represents the plasticism of the form, through the processes of formation, slippage and stratification of the geological plates. The dimorphism of the earth is expressed by its capacity for expansion/retraction. Telluric forms originating through plurimillenary phenomena in continuous dynamism express the sense of natural evolution that does not stop, but is constantly changing. Rifts open up within its crusts, allowing its intrinsic link with the fire to emerge, which from the centre of the earth rises up and flows in the form of magma to create new geological formations on the seabed. Newly formed plates create new rocky surfaces and crevices. The earth’s crust becomes symbol of involucre, inside which contrasting forces and clods in collision shake by pressing on the surface and causing elevations and sinking. The vigor of the earth is expressed in clashes, implosions and explosions due to seismic pressures that become the image of human impetus, of the enclosure in which the passions are shaken and the senses are appeased by returning to the stasis of matter. The earth welcomes in its womb, generates, nourishes, fecund, transforms into vital energy, restores vital principles to the biological cycle, the eternal flow of time.