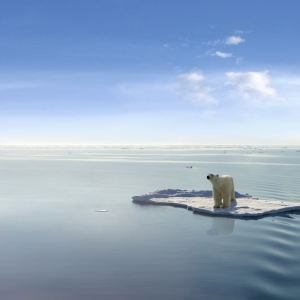 The world’s largest iceberg has almost completely melted into nothing after breaking away from Antarctica in approximately four years ago, claims an update by the U.S. National Ice Center (USNIC).

The iceberg, which was named A68, detached itself from the Larson C Ice Shelf at the edge of the Antarctic Peninsula in 2017, and after a year of remaining static, began to drift north after being guided by strong currents and winds.

It gradually made its way into the South Atlantic ocean and towards the British Overseas Territory of South Georgia, and continued to grow smaller in size due to melting.

Initially, A68 spanned a massive area of close to 6,000 square kilometers (or 2,300 square miles) – which made it about as big as a quarter of the size of Wales, and the biggest iceberg recorded when it was at its largest.

Many glaciologists class the occurrence of A68 breaking away from the ice shelf as a natural occurrence – one where its ejection allowed its ice shelf to balance the accumulation of mass from snowfall and the addition of even more ice from the land’s glaciers.

So while, there’s plenty of chatter regarding the effects of global warming on the world’s glaciers and monumental ice structures, the case of A68 isn’t representative of that narrative as much as it is a natural and expected incident.

However, the way in which A68 disintegrated so quickly does provide some evidence of the effects of global warming.

One factor that caused the iceberg to melt so quickly is a process called hydrofracturing, in which warm temperatures causes the production of a lot of surface meltwater (water derived from the melting of ice and snow), which fills the fissures and cracks of the iceberg and drives openings through to the base of the ice.